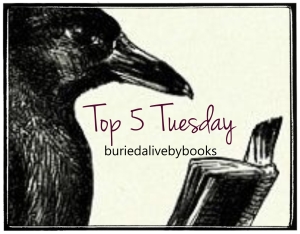 I found it hard to pin down my Top 5 – there are so many I enjoy – so I started to look at it from the point of view of ‘if I was writing that novel I really want to read, what tropes would I include?‘

As I was writing that list I found that a single author kept popping up in my list of examples – I really enjoy a lot of the tropes they use (and subvert) in their varied work. So, this has now become;

Top 5 Tropes I Want More Of, Or, How To Trope Like Gaiman

In no particular order;

In old folklore, the Fair Folk were characterised as not usually good for the health of humans, best to be avoided and always to be respected. Then Victorians and Disney happened, making all Fair Folk into cutesy little winged creatures who grant wishes. Sarah (of The Labyrinth) found this wasn’t true – to her cost – and we best learn caution before we meet the Fey of Gaiman’s worlds.

My first contact with his Fey was in The Sandman, where a good few of his Fairy characters are either outright malicious or extremely self-centred – but that’s completely normal for them. Gaiman revisits the Fey throughout his works, including an adventure in the land of Faerie in Stardust.

I really enjoy visiting the world of the fey, either when a character visits their world or they are living amongst us (or we amongst them?) There is such a rich variety of stories and possibilities where The Fey are involved, you can never predict what will happen next – but it will be an adventure.

Where characters have a moral framework that is so different from human experience that ‘good’ or ‘evil’ can’t be applied, we may find their actions strange, abhorrent or confusing but they makes complete sense to them.

Again we have the Fey (The Sandman, The Books of Magic and Stardust) and all appearances by Ancient Gods (in any form including in American Gods) throughout his work.

Our need to define anything by our own views of ‘good’ or ‘bad’ is totally turned on its head when we come across a character or species who behaves completely within the realms of their own morality. All bets are off until we figure out why they do what they do – and that makes for an interesting story and contemplation on the nature of morality. And must be so fun to write!

A crossover story that includes characters from more than two works of fiction.

Although the name of the trope is a pun on Massive Multiplayer Online games, the earliest example of this trope in action is Argonautica by Apollonius Rhodius (3rd century BCE) which features nearly every ancient Greek mythical hero all going on a quest to find the Golden Fleece. I’m not sure what they called the trope back then though – it’s all Greek to me.

I write about A Study In Emerald at length when I recommended it as a great Short Story Pick but, as well as being a nod to both Sir Arthur Conan Doyle’s Sherlock Holmes characters and H.P Lovecraft Cthulhu mythos, there are references to characters from Victorian fiction throughout.

In these types of stores, once you figure out that its a MMC, it’s great fun trying to match characters to their other works of fiction or just watching characters interact with each other.

The Masquerade is where the world of humans is real enough, but they’re not the only ones who inhabit it. Supernatural creatures (vampires, fey, werewolves, etc.) or those with magical abilities have chosen (or are forced) to keep their existence a secret. Or there is another reality alongside our own that we are blind to – for our own sanity – unless we seek it out.

Gaiman’s Neverwhere started life as an urban fantasy television series that later became a book. The idea for the story came from a conversation between Gaiman and Lenny Henry about a possible television series. Henry suggested a story with tribes of homeless people in London. Gaiman was initially reluctant to commit, as he feared that making the homeless appear ‘cool’ might cause more young people to attempt to emulate the characters, but decided that the effect could be avoided by making the story more removed from reality.

We travel to London Below, a magical realm that coexists with our own London Above with its own rules. The Masquerade is kept when those from London Above, once they are aware of this Other London, becoming displaced and forgotten by those they leave behind, thus becoming part of London Below. Or by being murdered when they ask too many questions.

A world within our world but hidden – such a fun trope that has been used by so many.

The personification of a phenomenon or a concept.

Gaiman does this well and in spades. In The Sandman comics he created, The Endless, a family of seven siblings who are the personifications of cosmic power; Dream, Death, Destruction, Destiny, Despair, Desire and Delirium.

I love this comic series and could go on about it for ages. So, instead I’ll share a rare picture of (almost all) the dysfunctional Endless siblings together.

This post comes from the tag Top 5 Tuesdays hosted by Shanah over at Bionic Book Worm.

When there's a moment of free time, mostly found haunting libraries, bookshops, book blogs and other peoples bookshelves. View all posts by buriedalivebybooks

This site uses Akismet to reduce spam. Learn how your comment data is processed.